About the doctor, for the patient 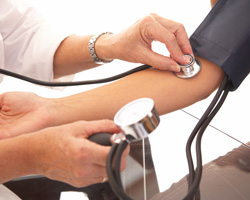 Dr Iwens became the victim of a small accident as a child with a broken wrist as a result. It was the first time he came into contact with the medical world, fortunately in a quite harmless way. This contact with the medical world was a revelation to him. He became passionate about anything to do with the human body and dreamed of studying medicine. That passion lasted and aged 18 he enthusiastically started his medicine studies.

Seven years later he graduated at the Vrije Universiteit Brussel where he then specialised for another five years in nose, throat and ear medicine. After his studies he worked at the Cesar De Paepe Hospital in Brussels and the Baron Lambert Hospital in Etterbeek and later on in CHIREC in Ukkel and Augerhem

In addition to his medical interests, he tries to remain active at sports level in his leisure time. You could call it a second passion. As a diver, he has built up specific interest in diving-related nose, throat and ear pathology. He particularly is keen on endurance sports such as triathlon and ultra running. His busy practice has meant he has had to considerably reduce practicing these endurance sports in the last years. If you think of making a longer running or cycling trip have a chat with him.

If you refuse cookies, your information will not be tracked when you visit this site. Only one cookie will be used in your browser to remember your preference not to be tracked.